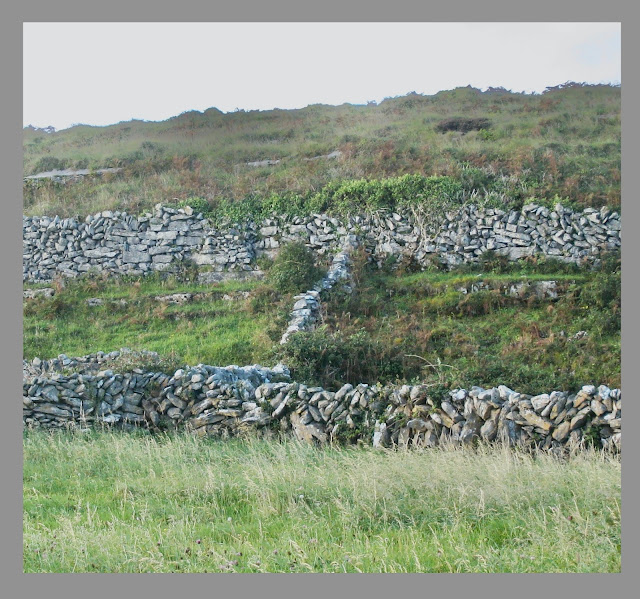 Brothers Tim and Tom O’Grady were very close. Living side by side, they were. Took down the stone wall in the back so as the wee kiddies could run about like the frisky colts they were. They planted together and cooked together in the fire pit they shared in the building of. Aye, twas glorious to see them brothers getting on together. But, twas not to last.

Rumors began a flying faster and farther than Grandma Biddy’s spittle when she was a laughing too hard. Stories be told that there be too much of that sharing going on. Some say twas Tim that was a poaching. Some say twas Tom. But the brothers fell out. And the missuses and the kiddies fell out. It was a real donnybrook with a snapping and a growling  and they all getting meaner and meaner like mad hungry dogs going for the juggler to get blood till the Gardai came and said they was all a going to goal.

They was told to put the stone back and that they did and built a wall higher than before. And there they lived and died, never speaking and never seeing. But they couldn’t but a help hearing them new babies screaming and a crying on each side of the wall, and we all was a marveling at the whole of it.

in the joys and the burdens

in the graces and regrets

Sandy, thanks for your comment. i accidentally deleted it.